I spent a couple of days last week photographing people at the National Shooting Range at the Bisley Shooting Ground in Surrey.

Target shooting is a sport I know very little about, but last year one of my good friends made it into the England Team and toured in South Africa and Canada. But the home of shooting is Bisley and the most prestigious competition, the Imperial Meeting, is held here every July. I thought this might be a great opportunity to meet some interesting people, learn a bit about a rather unknown sport and make some fun photographs at the same time.

The shooting club has been in existence since 1860, when the first shot was fired on the range at Wimbledon by Queen Victoria no less. It moved to it's current location in 1890, and many of the buildings and club houses date from that period. It hosted the Olympic Games in 1908 and the Commonwealth Games in 2002.

Here's one of the first people I shot, England team member Parag Patel, who won two gold medals in the Commonwealth games and has won the Grand Aggregate at Bisley twice. 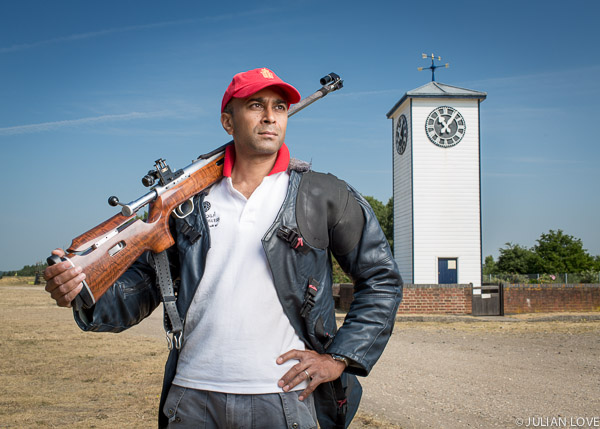